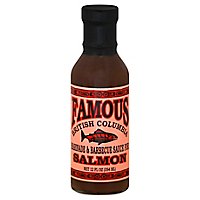 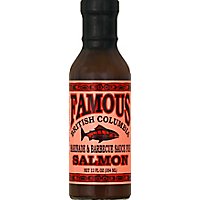 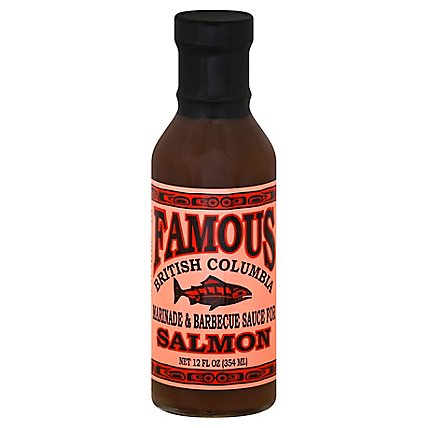 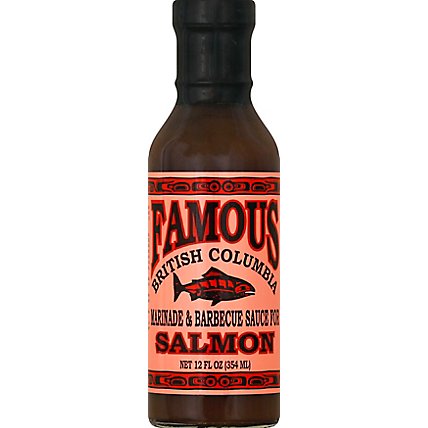 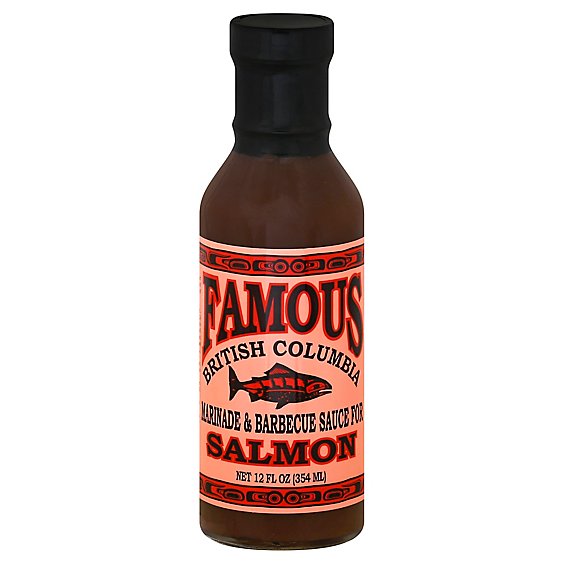 Refrigerate after opening. For a Great Summer BBQ: For all methods, marinate salmon for up to four hours. Tip: After cooking salmon make a glaze out of the sauce by heating some in a pan just until it starts to boil and drizzle over the cooked salmon. BBQ Salmon Sides-Filets-and Steaks: For sides and filets, pre-heat grill to medium heat. Place salmon on oiled grill skin side down and BBQ with lid closed for about five minutes. Baste with marinade. Leave skin stuck to the grill and separate salmon from the skin. Turn fish over back onto the skin, close cover and BBQ until salmon is opaque and easily flaked with a fork. Baste often, drizzle salmon as described above. Pan Fry: Coat bottom of pan with sauce and cook using medium heat. Allow sauce to slightly come to a boil while cooking. Oven: Marinate fish. Pre-heat oven to 350. Bake uncovered for 20 minutes or until easily flaked with a fork. Microwave: Coat salmon with sauce and cook on high for about two minutes. Salmon Burgers: Put some BBQ'd salmon in a bun and top it off with sauce from the bottle or make a glaze as described above. Not for salmon: great with all seafood, chicken, pork and beef.