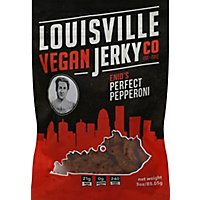 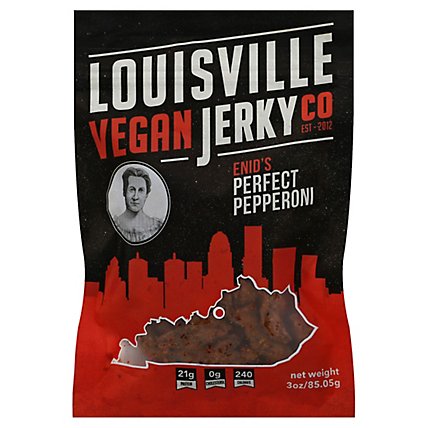 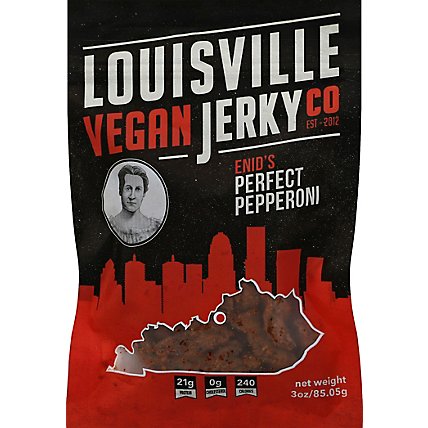 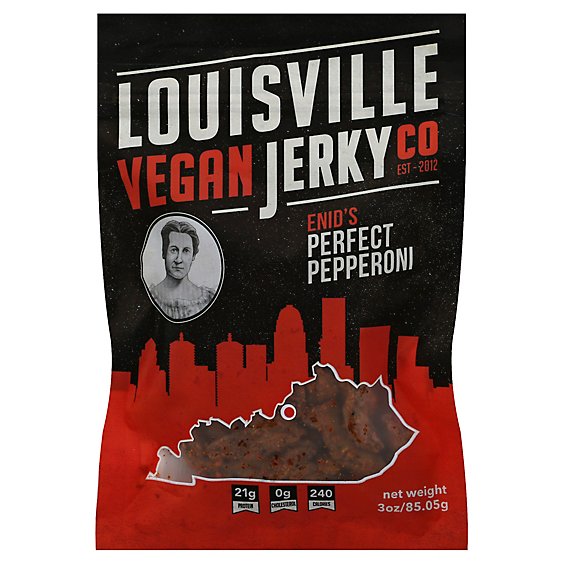 21 g protein; 0 g cholesterol; 240 calories. No gluten ingredients. Non GMO soy. Keep it fake. Hand-bagged vegan jerky. Louisville Vegan Jerky Co. Est - 2012. Louisville Vegan Jerky Company started in 2012 right after I made a mistake in my kitchen. Having lived for a time in Oahu as a child, I was craving Manapua. I used my Mom's old recipe, substituting baked soy for the pork, and popped my seasoned protein in the oven. After I totally forgot about what was cooking, the smell of char-grilled meat hit my nose. I panicked and pulled out the barbecued soy protein which I discovered was overdone, super chewy, and absolutely delicious. Fast-forward, Louisville Vegan Jerky today is sold in stores all over the globe. We're American-made, cruelty-free, and pumped to offer you the fakest jerky that's never tasted so real. -Stanley Chase (owner). Inspired by the world-famous Louisville sculptor and unstoppable social activist, Enid Yandell, like Enid. We think this jerky is bold and memorable. Friends of animal place. Sanctuary est. 1989. animalplace.org. www.lvjco.com. Instagram. Facebook. Made in the USA.